The Goodness of Anger 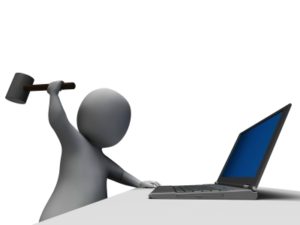 Robert Frost is quoted as saying, “The only way out is through.” This is often used in reference to difficult times, but it is true for difficult emotions, too. Things like anger, sadness, and even envy are tough emotions to experience. They don’t feel pleasant, however, they are important.

Let’s take anger for example. Believe it or not, anger has some good points. It is a biological emotion, which means that it exists for a reason – our system evolved over the eons and anger is part of the operating system. Over the past couple of years, I’ve noticed a lot of censoring of anger. People promoting tips and tricks to erase this emotion. The thing is… this isn’t helpful. These tricks only serve to anesthetize the anger, which actually makes it fester under the surface.

What if we thought of anger as an alarm signal – to warn us and keep us safe? Our biology evolved our emotional system to protect us. So we can look at anger as a protective mechanism, not as something bad. We experience anger because there is something to be aware of. Anger is often responsible for letting us know when our boundaries have been crossed, when our values are at risk, or when we are not being true to ourselves. This warning signal also gives us motivational fuel to change what isn’t working. Pay attention to it. Rather than disavowing anger, take time to really look at it. Sit with it (but don’t take action) until you really understand what is making you angry.

Here’s the thing… anger is not the problem. It’s what we do when we’re angry that becomes the issue and causes suffering. This is usually due to the lack of coping skills we have to effectively express and direct the anger.

When we get really angry, we go immediately into “fight or flight” mode. The cortisol and other neurotransmitters get revved up and we’re flooded with emotion. We tend to become reactive and aren’t often consciously thinking about what we say or do. The challenge is to strengthen your basic coping skills that are built into your system.

Look [at your anger] Before You Leap

Before you take action on your anger, it’s helpful to explore the anger first – then you can more effectively express and direct it to a helpful outcome. One way to do this is through journaling. The physical and emotional benefits of journaling, as a catharsis of stressful events, have been widely researched by James Pennebaker (1997), as well as others.

According to Pennebaker’s research, writing about upsetting feelings or events in our lives can improve physical and mental health.

There are some specific approaches to journaling that his lab has found to be helpful.

Looking to unlock and unleash your innate feminine power? Check out The Muse Process, my new book that teaches women how to shift their mindsets – both on a collective unconscious level and the conscious level – to reignite their state of power and visibility for success and fulfillment at work and at home. Learn more at www.drbarbaracox.com.

Facebook0Tweet0Pin0LinkedIn0Email0
« Finding Your Intuition
Send a question to Coaching Corner »

Share this ArticleLike this article? Email it to a friend!
Email sent!